Save the lawsuit- use a an author release form 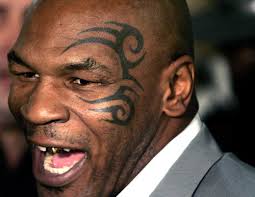 Out of the blue, I was contacted by a former sports star who is writing about about the travails of bad money management, for lack of a better phrase. The story is the same: elite athlete rises to fame, makes loads of dough (American slang for money, dear Russian readers, who come to this site in droves) for a period of time and then poof. It’s gone. The mysteries of why athletes go broke tend to be the same: blown on wine, women and song (well, exotic cars and way too many babies with different wives (the most famous being 9 babies by 9 woman. whoa. that’s a lot of action), but I digress).

It’s not just America. It’s everywhere. Athletic and entertainment money managers don’t do much good if they are ignored or fired or never hired in the first place. So after a career, the athlete inevitably bemoans that reality of poor money management and repossessed cars. The stats are harsh. 78 percent of NFL players go broke within a few TWO years of retirement, and 60 percent on NBA players w/in 6 yrs. But it’s not just athletes. Entertainers follow the same trent.

When I was told of the story, the athlete also indicated he’d lined up lots athletes so speak on the record, as well as coaches and those in the entourage. His own advisor recommended she have those going on record to sign an author release form, ensuring that she does not get sued by a broke athlete or money manager for a share of the profits of the book, should she be so lucky.

Thus, it was my pleasure to contact my own editor, who used this release form for many of her own projects. These are a little hard to come by (most internet searches produce nada), so if you are going to be writing a book, interviewing folks and don’t want to share a piece of the profits (even to Grandma Nila), then use this author release form. And I must give a plug to the filefactory. It’s fast and free. Two things I appreciate.