Ever wonder about a stranger smiling your way? Do I have mustard on my cheek? Is my hair all wrong? What’s the motivation behind the look? I’ll often ask myself.
“None of the above” Rog said, during the most recent instance of being on the receiving end of a (in this case, male) stranger’s smile. Besides, he continued, “Who cares why he did it?” Rog asked. “It just happened. Smile back and move on.” 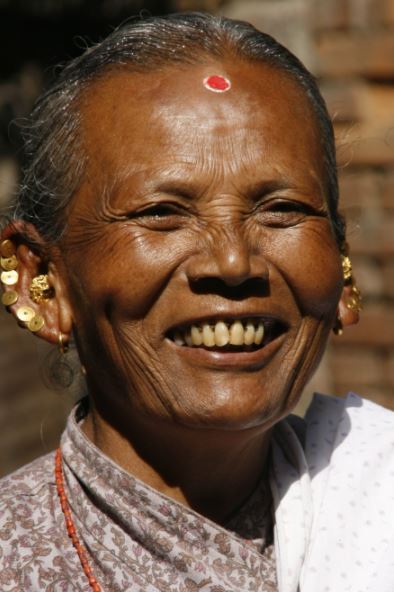 By that time, I felt bad I’d not smiled back. For most of my life, I’ve not smiled back. It’s part of my Swedish/Swiss, shy-and-look-down heritage, compounded by 18 years of ‘don’t talk, look or address’ strangers, followed by the early twenties bra-burning mantra of  “‘if you smile at them, you are ‘asking for it'” that every girl gets when she leaves college and goes out on her own. With that background, of course I’m going to be all screwed up when it comes to the do’s and don’ts of smiling at strangers. Suffice it to say that graceful and me is an oxymoron.

I’ll give you the other side of this sharp-edged sword of facial expressions. The spouse. Ever been with your boy/girlfriend, spouse etc when someone of the opposite sex gives a full-on smile? What does that mean…exactly…and how do you handle it with grace and security? I’ve known many a person of both genders to flip out when a stranger bestows a complimentary smile (or really, any type of smile) in their presence.

“It’s not like every smile is a come-on,” Rog told me not long after we were married. In addition to worrying about what kind of pasta I was going to make for dinner, I was wasting my time fretting over every Sally (and Joe) casting a sideways glance at my man. It took years (and mostly bigger relationship problems) to get me over the hump of another smiling at my legal and lawful partner. One day, I realized this: if someone else thinks Rog is cute enough to throw a smile his way, good for him. He works out. He eats much better than me, and it gee, if it made him a little happier on his way home, I thank that anonymous stranger from the bottom of my heart, for it’s me and my girls who ultimately benefit.

I’ve spent many years dwelling on the downside of a smile instead of focusing on the upside. That would include a person seeing I look down/having a bad day, and smiling to cheer me up. It may also be that I did in fact, look decent and a smile was an acknowledgement of properly put on make-up. When with children, a smile is often a compliment to my children, or my parenting skills (usually outside Target when the real fun has subsided). Just last Friday, I emerged from the local public library and a nineteen-ish young woman with piercings in all the wrong places made a comment on my skirt (she approved) and smiled wide. It was the last thing I expected (I figure I’m invisible to people three decades younger, so I generally  have no expectations). The smile was out of the blue and wonderful, and the compliment didn’t hurt my ego. I at least have a remnant of style remaining! 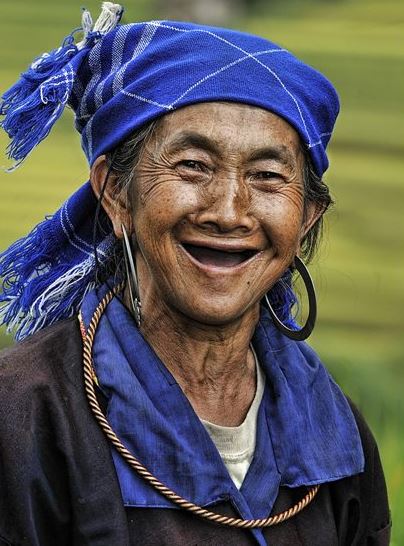 The flipside of receiving a smile is giving one. An interesting topic all on it’s own. When I ceased being ‘small’ (as in, emotionally), I was able to give of myself without insecurity or paranoia about an act that uses more muscles than any other in the body. (As an aside, did you know, smiling also increases the release of endorphins and reduces stress and is reputed to help one live a longer life of better quality than non-smilers?)

For several years, I’ve been practicing the fine art of smiling at strangers, and let me tell you, it works wonders. Today for instance, I accosted two perfectly nice people (a young, married couple) who’d I’d seen before, but always have scowls on their faces so I tend to avoid them. I figured they may be Swiss and frown naturally, as so many of my relatives do. I started with a smile at both of them, and to be honest, she looked like she swallowed her tongue and he jolted, putting his arm around her shoulders.

It was rather funny in a twisted kind of a way. But then again, I’ve noticed something else: those smile-affronted are either newly married (as I was), and well as young (see previous). An hour later, I had the opportunity to actually talk to the couple. I walked right up, ignored the startled, stalker-looks they gave me and started chatting. I soon found out they were a) married <1 year, b) expecting a child and c) living in her grandmother’s home. No wonder they were a little shy to outsiders and creeped out by my smile. By the end of the conversation, they were as lively as my own relatives, chatting up about the personal aspects of their life normally reserved for family reunions.

Another group that seriously benefits from a smile are women and old people. Women adore smiles from other women. Why? Because so few women actually smile at other women! It’s a latent insecure-threatened type of attitude. A smile to another woman means you are looking beyond yourself to that individual. I’ve found a beautiful woman with a scowl on her face will completely defy my expectations when I smile and follow it up with a compliment (great shoes), to which the woman will show complete shock then be profusely grateful, as though I’ve made her day. It takes such little effort to lift the spirits of another person. And lets face it. You never know what another is going through–death, divorce, home foreclosure, unruly child, unemployment. It’s the littlest thing that takes no effort and can make all the difference in the world.

So tomorrow is Saturday. Greet the day, and complete strangers, with a smile.