Far beneath the bright lights of the Vegas strip lies a thriving subtropolis, nearly 300 miles of it. It’s dark. It’s real. And it awaits those who can’t make it in one of the most competitive cities in the world. 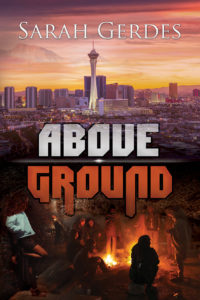 Born to a single mother and former showgirl, Shay Wilson was determined to succeed in her hometown of Las Vegas, not on stage but in the courtroom. After paying her way through school as a bartender, Shay is hired by one of the most prestigious law firms in town, yet quickly realizes she’ll never make partner unless she finds clients of her own. With that goal in mind, she returns to her former night job to serve drinks and pitch potential clients. Soon she has the money, clothes and contacts to start her own firm. But her clients aren’t who she believed them to be, and what she uncovers about them could destroy her career and threaten her life. On the run and out of options, Shay submerges herself into the dark world that exists within the water sewers beneath the City of Sin. It is a place those above ground have no idea exists, and it is where Shay will either save herself and others or succumb to forces more deadly than she could have imagined.