It started when our daughter Porsche was six. Her golden locks started falling out in quarter size clumps, what the doctors called alopecia, or hair loss. “Normal,” we were told, for girls starting around six years old. When the quarters turned to dollar-size swaths by the time she was seven, the doctors said it was “severe,” but still “normal.” Let me tell you this: nothing is normal about four inch strips of hair falling out. As Porsche reached her eighth birthday she was mostly bald, and with only some strands of hair left. Just before Christmas, we had the task of taking her to a wig store specializing in children, mostly those suffering from rare forms of cancer. 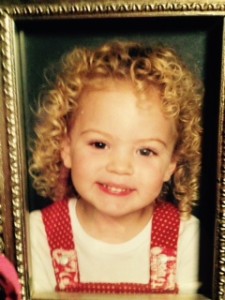 To shorten the reading time, suffice it to say that the dermatologists all said hair loss. The actual “hair doctors”- or those that typically do graphs, transplants and the like, said this was not normal. In fact, we became indebt to Dr. Robert Nebalski, one of the most successful hair specialists in the Northwest, for his work in tracking down and identifying the underlying cause of the loss was first connected to girls between 7-13. For years he’d been studying this in concert with another doctor in Italy. At the same time, a friend from church happened to stop by and mentioned that her neighbor’s daughter suffered from a similar condition and it had been linked to her well.

The well. This wasn’t the problem, for wells have been around for a millennium. It was the toxins–and specifically–the metals in the water. Those metals- and think of everything that’s in the ground. When I mentioned this to Dr. Nebalski, we had her metals checked and found her levels were off the charts. So high in fact, that she should have suffered brain damage. (At the time we were on a different well system).

Now, if you, or your daughter (or son, or wife) have had rapid hair loss that can’t be explained, look to the water. That’s the first take-away. Second, forget what the department of health says is actually ‘healthy.’ That’s general. Every person has a different chemical make-up, and some are more sensitive (e.g. susceptible) to metals than others. 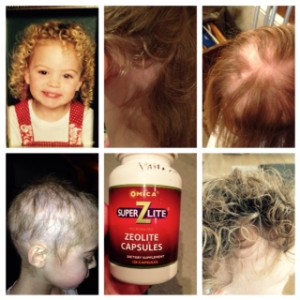 The second take-away is that testing the water itself (for metals) is very expensive- as in, $35 per item, and for our full testing it was sub $400. It was a good thing to do, but as were preparing to drill our own well it was sort of after the fact.

I’m jumping ahead here and doing so on purpose, because if you are reading this page, you are probably desperately seeking a solution just like we were. What we learned was this:

The last element of this is that we’d already been planning on drilling our own well, which we had started, and it was completed in several months. We immediately switched over (me as the guinea pig) and lo, my hair started to come in even thicker than it already is (and those who know me can attest to the thickness of my hair). I was on our own well for a solid month before Porsche started using it, and it’s now been two years+ of normalcy.