S teve Jobs has been on my mind; not for his fame, fortune or black mock turtlenecks, but for his use of fasting for the goal of enlightenment.

Let’s think about this for a minute. Fasting has been used for thousands of years for a whole multitude of reasons. Inspiration (think the original Buddha), mental and physical strength (athletes) enlightenment (yogi’s, Jesus) rendering the mind & heart humble and pure (Saint Augustine)  cleansing of the body and soul (millions of unnamed people). The length 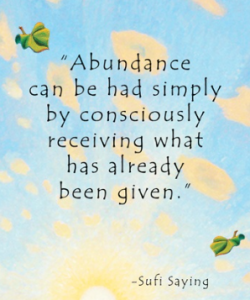 and means are as varied as the people and the times. Jobs tended to use the fasting that skipped everything but juices (not to be confused with a cleanse, which is about losing weight but not enlightenment). A fast is generally considered eliminating all food and living on water, although I know people modify this to address dietary and health requirements and/or restrictions.

Whatever the form and function, a “fast” has a purpose, and end-goal if you will, that is ever-present and top-of-mind throughout. Then, when the goal is achieved—vis a vis the sought after enlightenment has occurred, then the fast ends.

Let’s go back to Jobs. Carrot juice being his fasting method of choice, if he had a problem to solve, he’d go on a juice fast until he received the answer (or enlightenment) he sought. (As a side-note, I’ve read and experienced that those who don’t believe in a God tend to use the word enlightenment versus received an answer- which denotes an answer from ‘someone.’ Perhaps this is why fasting itself is so universal—because a universal response is being given at the individual level, and thereby the promise of the fast is achieved).

I love the yoga teachers that throughout my twenty-year study have often gone full-on fasting—not even water—which of course means it has very physical limitations. So too have the martial arts instructors I’ve worked with over the years. The parallel experiences and stories have mirrored those who have removed certain foods from their diets-the difference, I might emphasize, was speed and clarity.

The voice of clarity

Now, I made this promise not to get too personal with this blog, but I have no issue telling the world what I have personally fasted about, because it’s pretty much anything important. For inspiration before a business meeting, college exam, plot ideas, who to date and/or marry, whether or not I should move, accept a client or job, to have or not have a baby. Those are personal. I’ve fasted for others, parents, siblings, even strangers, like those suffering from miscarriages of justice, the survivors or victims of attacks or accidents.

Why, you might ask. It’s because as a person who believes in the power of fasting for others and self, I also believe in the power of positive energy. At the subatomic level, our bodies are composed of energy (as identified in 1951). We can send out this to others regardless of distance. At the simple level, our heart pushes out an energy field 12 feet from our bodies.

Does it last forever?

What if you fast for a day, even two, are weak and weary, and have received nothing. Nada. No answer. No inspiration. You are frustrated and think the whole notion is bunk.

Actually, a phrase exists for this condition, and it’s called a stupor of thought. That, in fact, is the answer. The answer “no” comes in many forms, and this “blackness” as it’s sometimes called, is the clearest form of answer possible. Should I go out with this person—stupor of thought—is a no. If it were a yes, then it would be a warm, peaceful feeling.

A yoga instructor told me about sending her child to a school that had been recommended, but she wasn’t feeling good about it. She fasted for a day or so and spent concentrated time in meditation (for additional clarity). While she didn’t receive an answer of what school to go to (she hadn’t asked that), she received a strong feeling—described as a sickness in her stomach—every time she thought about sending her child to that school. The longer she fasted and meditated, and thought about this option, the more acute her feelings became. Once she visualized not sending her child to this school, she felt peace she described as a complete calm. That was a validation of her prior answer.

As with anything—exercise or a new job, fasting becomes easier with practice, to the point of becoming second nature. Many people I know fast on a regular basis, either once a month, once a week (usually on a particular day where they can plan a day free from a business meeting luncheon or skipping a workout).

I’d like to end this with a flippant line, such as–the worst case is you have freed your body of toxins, but the reality is that flippancy reduces the power of the fast and the answers that come along with it. We have been put here to learn and grow, and that requires us to push, achieve and fully live to our potential. Fasting is one tool for us to reach the heights awaiting us. All we have to do is take the initiative and jump.